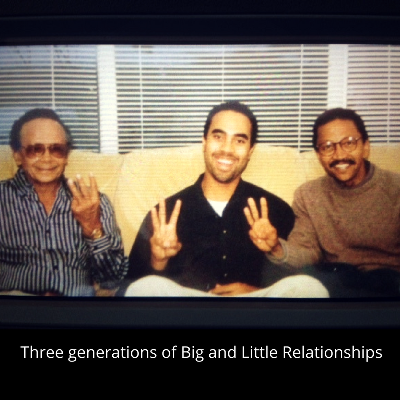 Starting out as a Little Brother in 1957 and still critically involved today, Gerald Smith kindly shares his compelling story of music, social justice, and relationships that were fundamental to his success — from Little Brother, to Big Brother, to Board Member and Community Leader, helping to organize the East Bay Community Council.

When and why you first became involved with Big Brothers Big Sisters? 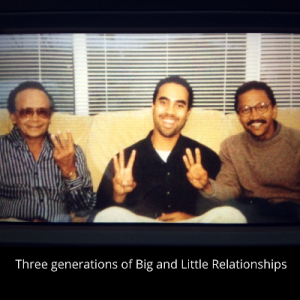 It was around 1957, in Flint, Michigan when I was about 10 years old. My mother and my grandmother signed me up for the program, and I was matched with Mr. Jerry Beatty, a Junior high English teacher, as my Big Brother. He introduced me to skiing, ice skating, and bowling, for the first time, and which at the time, were all outside of my “comfort zone.”

The impact of that relationship opened my mind, and some of my friends, to new things besides the great Motown Sound! As a result, after graduating high school, and going to Jr. college, I helped friends create the foundation of a new black fraternity in Flint, called Phi Eta Psi. After a year or so, I was suddenly drafted into the Army in 1969, for 2 years during the Vietnam war.

How did your relationship with the organization evolve over time?

As a result of my experiences as a Little Brother, a college fraternity brother, and a well traveled military veteran returning to Flint in 1971, I developed a different perspective on life in general, and my life in specific. I got the perfect job for a returning veteran, at a shopping mall record store where I could lose myself in records and new music everyday. I learned a lot about Rock, Folk, R&B and Jazz music, just in time to accept a job in 1973, at a radio station, as News and Public Affairs Director.

Taking the advice of my very successful older cousin, Otis, I followed my instincts to take a risk and move to California. When I got to Oakland, I planted roots, and got into college. I took a part-time job, and became a Big Brother. I earned an A.A. Degree in Language Arts from Laney College, before transferring into UC-Berkeley.

In 1981, I was the first and only black student to graduate with the pioneering class of the Mass Communications Department. I was fortunate to land a job as Director of Communications for the Bay Area Urban League in San Francisco. Shortly afterward, I became a Board member of Big Brothers of the East Bay. 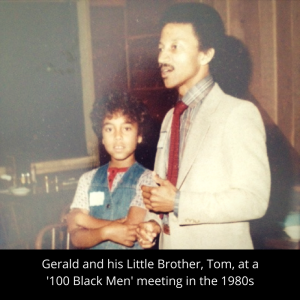 For Black History Month we’re highlighting the importance of black culture and the work that’s being done on an ongoing basis. What positive changes have you witnessed and been part of over the years? What still needs to be done?

In 1990, my mother passed, and I had to return to Flint for an unknown amount of time. Fortunately, I got a deputy Campaign Manager job in a 1-year Mayoral campaign. Afterward, I was hired by the great Michigan U.S. Senator, Carl Levin, and became his first black mid-Michigan Regional Representative for 6 years. It was a positive change and great experience. I was also blessed to have a older cousin, Otis M. Smith, who impacted my life greatly and, as a black man, made history in Michigan politics.

Of course, the biggest positive change I’ve experienced in government was the 2008 election of Barack Obama as the 44th and America’s first black 2-term President. [But now…] I see a positive change happening, through the new emerging voices from the “Black Lives Matter,” “Times Up,” and Me Too” movements. Plus, the re-ignited interest in political activism and involvement, of the younger generation of American voters, such as the students of Marjory Stoneman Douglas High School. 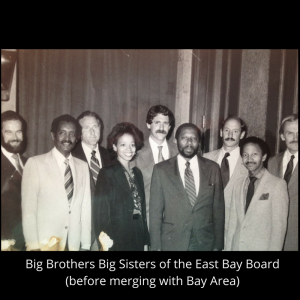 I’ve heard that you’re doing critical work organizing black men in the East Bay to help support kids we serve. What does that look like/entail and why does it matter to you?

Well, we’re at the beginning stages of the East Bay effort to recruit more black men specifically, to try to positively impact and lower the waiting lists, which includes an alarming 80% unmatched black boys. It matters to me because I’m concerned about the developing direct pipeline of black and brown boys, as early as elementary school, being driven into the juvenile justice system [and prison-industrial complex].

Unfortunately, if there’s no positive male role models in a boy’s family, he’s going to look to the streets for his examples of manhood. That’s what my mother and grandmother feared most about my influences. I watched many friends go to prison or die on the streets. I don’t want to standby now and just watch it happen if I can do something about it. I want black men and women to know it doesn’t really take a lot of time to make a lasting impact on a young person. It just takes a caring heart and some consistent positive input. 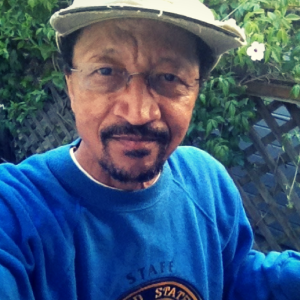 When you think about your own mentors and role models, who has inspired you to do this important work and stay involved in the community?

My mother, uncle, and grandmother’s lasting love. My athletic coaches, My Big Brother Jerry’s example of courage. My great army buddy and lifetime friend, the late Ian Copeland. My late cousin Otis, and his brother Hamilton Smith’s encouragement and great examples of excellence. My former boss, Senator Carl Levin’s integrity. My late cousin Lois Hill-Hale’s introduction to political campaign organizing. The fun, love and lifelong support of fraternity brothers and childhood friends, and the continued support and love of my godson Luke, and his Oakland family.

We are grateful to Gerald for his continued commitment to our community and Bay Area kids. His story is exemplary of our organizational mission and his ongoing efforts directly support our vision that all kids are able to achieve success in life.