Thorsten & Forest: Bay Area and Beyond 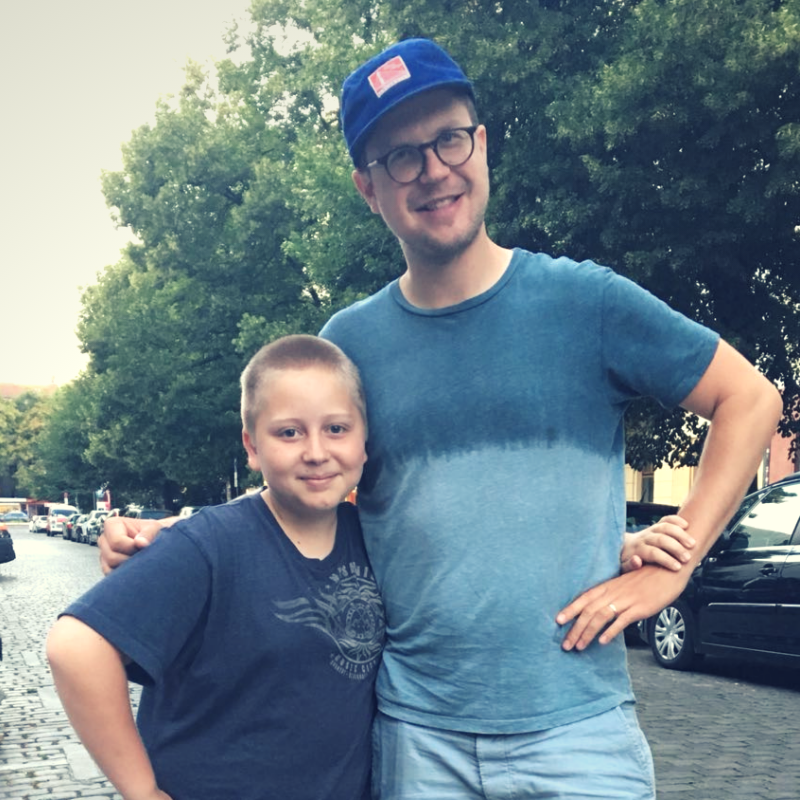 When Thorsten moved to San Francisco from Germany, he wanted to get involved in the local community, so he signed up to volunteer at Big Brothers Big Sisters of the Bay Area. That’s how he met his Little Brother, Forest. For three years, they would see each other every other week, going to ball games, strawberry picking, Muir woods, skateboarding, movies, the Academy of Sciences and more.

When Thorsten moved back to Germany, he stayed in touch with Forest. It was hard to connect on the phone but Thorsten and his wife visited SF and talked to Forest about free college in Germany, exploring ideas about what else might benefit him like an exchange program. Then they thought “why not invite him for a few weeks to Germany?”

Forest was 13 and his mom agreed to let him make the trip alone. Leaving the country for the first time ever, h was so nervous that he didn’t sleep or eat on the plane. Forest hated flying and it was overwhelming in multiple ways but overtime they developed more trust and after while he started to share how he was feeling. “We had a moment going through pictures of us with his family… it brought up memories and reminded him of how his dad is not around much” Thorsten recounts. “He was able to talk about it, and express himself.”

Forest had such a great time in Germany that he wants to come back. Thorsten and his wife are already planning the next trip. “I think we’ll have him back. Next time maybe maybe we will invite him on vacation. We will have to figure it out. It’s a family matter but we want to help and be a resource.” Having never left the country before, this was a milestone for Forest and an eye-opening experience. He practiced German and tried to speak to local people there. “To have the courage is good.” Thorsten beams proudly.

Thorsten is committed to Forest, explaining his involvement: “Once I was in the match it felt … I can’t leave this kid. We changed the schedule but I felt dedicated to the match. I want to protect him as much as I can. The job of the Big to tell your little ‘I’m here for you no matter what. I’m here to support you.’ To show up.”