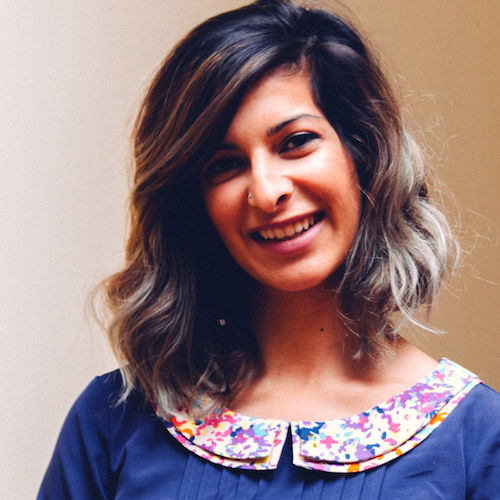 “I couldn’t play with you because you know too much” Little Sister, Hailey, confessed to her Big Sister, Courtney, about a new a game she had just learned. From this one game, Hailey was immediately impressed by Courtney’s savvy and won over by her playful spirit. In that moment Courtney realized all she had to do was start a simple friendship. What she didn’t yet know was how it would eventually develop into a substantial and meaningful relationship.

My first day at Big Brothers Big Sisters of the Bay Area was on one of our most important nights, our Annual Gala. I was inspired by the energy, moved by the idea of mentorship, and the honored matches filled my heart with joy. But within weeks, that high subsided because I was knee deep in development goals. How can my agency innovate its fundraising strategy? How do I engage more donors? What can I do to make our next fundraising event better than our last one? But amidst it all, I am reminded why I love what I do — a breath of fresh of air when I connect to donors who are Bigs. I thrive on their relationships with their Littles and hearing how invested they are in our mission.

The story of Big Sister Courtney and her Little Sister Hailey is one of many stories that I have come across that has inspired me to write and share their experiences. I encourage you to join me in this journey as I grow in in this role and experience these magical moments. I would love to hear your story and I invite you to share your experiences, no matter how big or little. I can be reached via email amaqsood@bbbsba.org or phone 415-503-4037. 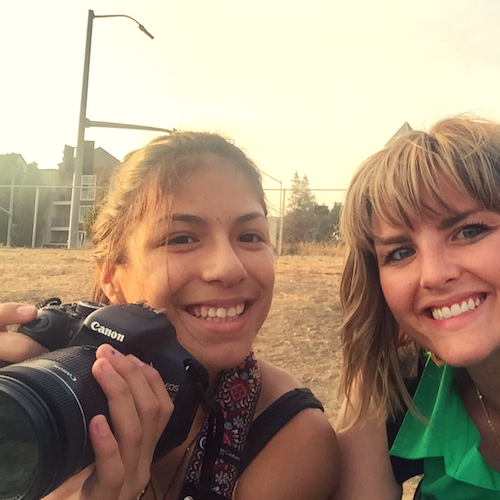 One Big Who Knows the Truth Will Win Out

“I couldn’t play with you because you know too much” Little Sister, Hailey, confessed to her Big Sister, Courtney, about a new a game she had just learned at her Church Group. Courtney told me that they were playing Two Truths and a Lie, a classic icebreaker game centered around choosing one of the three statements as false.

From this one game, Hailey was immediately impressed by Courtney’s savvy and won over by her playful spirit. In that moment Courtney realized all she had to do was start a simple friendship. What she didn’t yet know was how it would eventually develop into a substantial and meaningful relationship.

Courtney was introduced to Big Brothers and Big Sisters through a friend, who was a Big Sister during their time in college. After moving to the Bay Area, Courtney started looking for an agency that “connected with the local community in a tangible way and was hands on.” After some research, Courtney decided to volunteer to become a Big Sister and was matched with her Little Sister, Hailey.

Three years later, Courtney and Hailey were hanging out at their favorite bookstore in the South Bay looking through bookshelves for treasures to read over coffee at a nearby Starbucks. Hailey now refers to the bookstore as “our bookstore” because hidden in between these aisles of books are memories of simple conversations and moments with Courtney that have nurtured their relationship.

Courtney describes how the relationship has changed her and Hailey over the years. When they were first matched, Hailey was nine years old. Courtney, a young adult, had some concerns about the age gap and whether they would find overlapping interests. But soon enough she realized that being a Big Sister “is such a simple way to be someone’s friend. All you have to do is show up and share your experiences with someone.” After the initial awkwardness, their friendship quickly developed and they got to know more about each other’s lives. Courtney noticed Hailey becoming more and more comfortable sharing important aspects of her life.

Courtney tells me she has enjoyed getting to know her Little Sister’s family and has been a part of many milestones like her Fifth Grade Graduation and dance recitals. “It’s like she is her soul-mate. I am impressed how perfectly the agency matched her,” says Eva, Hailey’s mom. After seeing the impact Courtney was having on Hailey, Eva enrolled all of her other children into the program who are also now successfully matched.

Their match has been equally enjoyable. Hailey and Courtney love cooking and baking together, which Hailey usually doesn’t get to try at home. Hailey gets to experience new activities like hiking, reading, and photography. Hailey used a real camera for the first time with Courtney’s guidance and she told her Big Sister, “I think I will be a photographer.” Watching Hailey’s eagerness to visit “their bookstore” and her keenness to learn more about photography gives Courtney a sense of satisfaction as she sees her growing confidence.

“Everyone needs a support system, someone to ask questions,”  says Courtney. She recalls having a great basketball coach when she was younger. Although not a formal mentor, her coach was a kind, well-rounded person she looked up to for guidance. But Courtney had a solid family support system growing up — a privilege kids like Hailey lack.

Courtney appreciates that the opportunity to be a Big Sister allowed her to get an insight into families who have to make tough decisions on a daily basis given their limited resources, experiences, and socioeconomic status. Which is why Courtney highly recommends and encourages adults of all ages to get involved. She says “it’s a great way to explore your community and impact someone outside your circle.” Volunteering for almost three years now, Courtney believes “the longer period brings a longer term impact.”

The many stories of Bigs and Littles like Courtney and Hailey gives me the strength, courage, and compassion to continue my work. Courtney recently started supporting our agency financially in addition to being a Big, and is maximizing the impact of her financial giving with matching gifts from her employer, LinkedIn. We are so grateful for people like her, who are constantly striving to empower and strengthen our future generation. Together, we have the power to help disadvantaged children in the Bay Area realize their potential. It’s all Big when you are changing the world one Little at a time!

Ammarah Maqsood is Director of Individual Giving at Big Brothers Big Sisters of the Bay Area. You can contact her with a ‘Big story’ and/or make a donation to provide children facing adversity with strong and enduring, professionally supported 1-to-1 relationships that change their lives for the better, forever. amaqsood@bbbsba.org I 415-503-4037