Bigger Together: How One Person Can Impact Many Bay Area Children’s Live 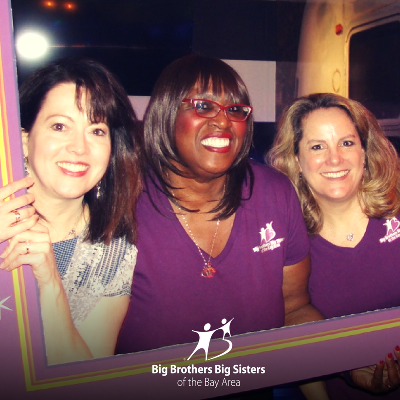 You might have seen her at a recent (or long past) Bowl For Kids Sake. A defining presence in our Big Brothers Big Sisters community, Glendora Pitre demonstrates how our legacy depends on the people that consistently and whole heartedly live the mission: providing children facing adversity with strong and enduring, professionally supported 1-to-1 relationships that change their lives for the better, forever. Glendora’s story exemplifies the powerful ways that one person can make difference in the lives of so many.

You have an extensive history with Big Brothers Big Sisters. Why and when did you first became involved?

I have always thought that my life was pretty good so I wanted to make sure that I was giving back and being grateful. In the early eighties I was a big sister for a while, with a special needs child and very much enjoyed my time with her. Then my daughter had a Big Sister and watching her grow from that relationship really inspired me to see how much more I could do and be involved.

Because my daughter Jennifer is an only child and I’m a single parent I realized she needed someone to talk to beside me. I remember her Big Sister Erica once asked me if I wanted to know what they talk about but I said only if it’s life endangering because I wanted her to have a special person just for her. Having someone there just for a child is empowering, helping kids to be whoever they want to be.

I was also asked to join the board before the merger when the organization was Big Brothers Big Sisters of the South Bay. Before my daughter had a Big Sister, she was about 6 years old (in the program from age 7 until 18) and I realized that we need to do something to help the community. So I got some people together to bowl and raise money for the organization. I figured out the cost per bowler and asked people for more to make sure that we were able to raise enough money and asked Old Republic Title Company to be a sponsor. The fundraiser was so successful that I was contacted by the Board. At one point I received an award for raising $10k through this event over the years. 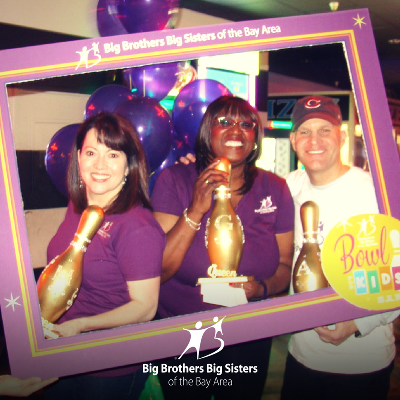 What motivates you to get involved and be such a strong community advocate?

I believe in the cause and it’s easy to get involved and be motivated when you believe in the mission. I’m not afraid to ask for support because people have just two responses: “yes” or “no.”

With Bowl for Kids Sake I make it fun for people to get involved. We get out there with them. I’m not sitting in an office while they give up their day. We even made side wagers — if the team next to us beat my group I’d write a check or they would write a check if we won. We lost so I’m poorer for it but I still feel good (laughs).

Is there one moment that stands out as especially important in your time with Big Brother Big Sisters?

A few years after I started fundraising for Big Brothers Big Sisters. I was asked to speak at one of the fundraising dinners — someone had asked why I believed in the programs and they found my answer inspiring so asked me to speak. Besides being honored it made me realize how much of a difference one person can make. If you come to people with an open heart they listen. I let people know what’s important to me because then it becomes important to them.

When you think about your own mentors and role models, who has inspired you in your life and community?

When I was in school and struggled with reading. I had a teacher who told me that if I just learned to love to read it would make my life better and school easier. She gave me Maya Angelou’s “I know why caged birds sing.” I read it in one weekend and I then realized what a wonderful world she had opened up for me. She did not judge or criticize me rather she showed me the difference that one person can make in another person’s life and that is why I want is to make difference and if it’s by having the ability to raise funds then I’m happy with that.