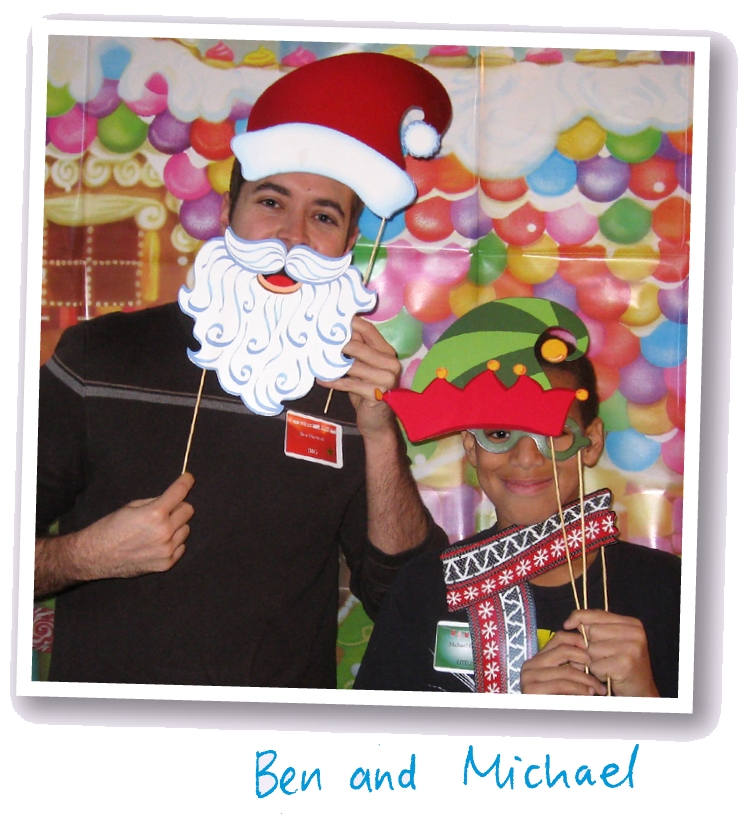 Seven years ago, Juanita got a call from Child Protective Services (CPS) about her niece and two nephews, who had shown up to school hungry, dirty, and disheveled. She learned that the day before her sister, who was addicted to drugs and prostitution, had abandoned her children Michael (10), Nathan (7), and Leilah (2) at a hotel.

These children had yet to see a day in their life with any stability. Abandoned by their father, exposed to substance abuse, trauma, and neglect, this was the last straw for them. Juanita was already a single mother of four struggling to make ends meet, already juggling to be both father and mother to her three sons and daughter, but Juanita adopted her niece and nephews and welcomed them into her family.

Juanita herself was just putting her life together after suffering from years of abuse, domestic violence, trauma, homelessness, and drug use. Just four years before, her sister had referred Juanita to Big Brothers Big Sisters and she enrolled all her boys, Damian, Bernard, and Seth. A year later all of her boys were matched with Big Brothers and it was a major turning point for Juanita.

“After my children had mentors, it was like I turned a new leaf, I knew I had to make healthy choices,” she says. She enrolled herself in school, started volunteering with CPS, juggled multiple jobs, and made some major lifestyle changes to offer her children a better life.

“Having Big Brothers was like having a family, someone to lean on. It’s been a struggle and I have been through a lot but they have supported me in every way,” Juanita confesses. As Juanita rebuilt her life from scratch and worked day and night to make sure she could support her children, her “kids got to experience role models who taught them what healthy relationships are like. They got lots of educational and enjoyable experiences that I can’t provide because I don’t have the resources.”

Today, Juanita’s two older sons are now 22 and 23 and had Big Brothers for 10+ years, and Juanita is still raising five young children ages 9 to 17, including her niece and nephews, who are each actively matched with a Big Brother or Big Sister. She raves about how her children have grown in every aspect, whether it’s academics, social and emotional needs, or just instilling kindness and respect for each other.

She explains “the program gave the boys somebody they can talk to, someone they trust and who doesn’t confine them. And the girls, they get their girl time and learn their self worth. That’s what I love the most about the program” — something she was unable to provide as a single mom running a tight ship.

“I can’t emphasize enough how much help the Bigs have provided for the kids and me. Just seeing mentors who actually care and want my kids to succeed. They become your network. Your family,” she explains.

Big Brothers Big Sisters of the Bay Area cherishes moments like these, especially during the holidays. The presence of a mentor allows our children and families to embrace the holidays knowing that there is someone special who will share their joy and experiences with them. Watching our Littles grow and succeed is the best Christmas present we could ask for!