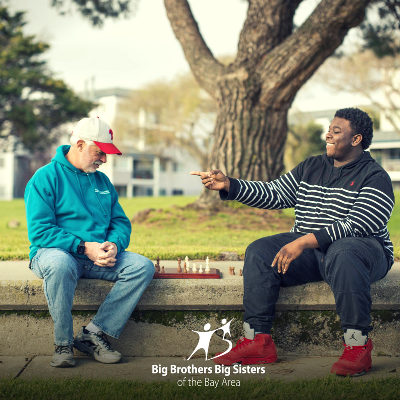 Every year at our Annual Gala we honor matches that exemplify a commitment to both the BBBSBA program and to each other. Here’s how inspirational award winning matches Rich & Jahleel bring our mission to life.

As a young man, Rich had a boss who he looked up to at work who suggested that Rich consider volunteering as a Big Brother, to become a mentor himself. Rich found being a Big Brother a worthwhile experience but then life changes took hold. Years later, after moving from the east coast the Bay Area with his family, Rich decided to volunteer again, once his children had grown up and he had more time to commit to the program. “It had been 30 years since I’d last been a Big, so I was both nervous and excited” Rich recalls about meeting his Little Brother, Jahleel.

Growing up, Jahleel’s dad wasn’t really around much and very inconsistent in Jahleel’s life, With 2 sisters in the house, his mom really wanted Jahleel to have a male influence, so she enrolled Jahleel in Big Brothers Big Sisters when he was 8 years old. That’s when Rich met this energetic, cute kid with cherub cheeks. And as of 10 years ago, Rich continues to meet regularly with Jahleel, even after all these years. 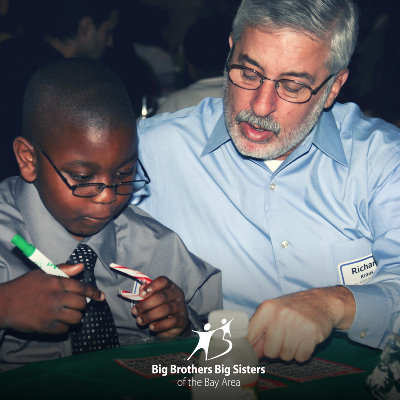 Rich has become a consistent figure in Jahleel’s life (more so than Jahleel’s own father), which has has made a significant difference in how Jahleel approaches and sees himself in the world. “I am more outgoing now” Jahleel admits. “And Rich has helped me better plan my future, like I’ve learned how to save my money and how to be responsible. I see how he takes care of his family. I want to be able to take care of my own family too.” Jahleel says that Rich has also helped him trust someone outside of his family, explore outside his neighborhood, and overcome his fear of dogs.

As for Rich, he’s noticed some changes, citing that “He has definitely become more social and engaging.” Jahleel has developed a great sense of humor. The pair constantly joke with each other, Jahleel teasing in a playful way, as if trying to get a rise out of Rich who’s generally easy-going — sometimes the corners of Rich’s mouth will turn up or he’ll quietly chuckle, ready with a quick come back. But they both know that beyond the jokes and jabs there is something serious about their relationship, and others can see it too. 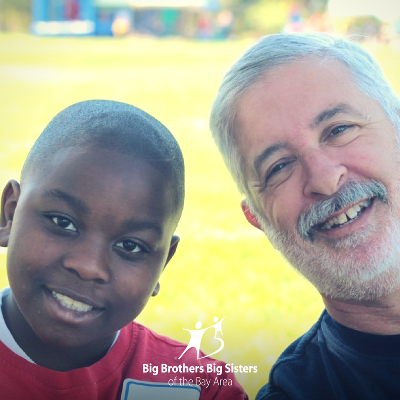 Jahleel’s mom says that Rich has had a positive impact on her son. She’s incredibly grateful to Rich, for all that he has done as a Big Brother, especially in continuing to show up for Jahleel in simple but unquestionable ways. Big Brothers Big Sisters staff witness it as well, delighted to see them at the annual holiday party and match event picnic every year.

It’s clear when seeing Rich and Jahleel together that they have a special connection; they demonstrate a friendly, playful dynamic, but with a deep underpinning of admiration and trust. Jahleel graduates from El Cerrito High School this year making this the last year he and Rich will be in the Big Brothers Big Sisters program, but they are certain to keep in touch. Rich says that after 10 years he can’t imagine life without Jahleel.

Jahleel plans to attend Contra Costa Community College in the fall and while Rich wants to give him space to be independent, Jahleel is in no rush to say goodbye. Looking towards the future, Jahleel emphasizes that he hopes to be a Big one day to pay forward the benefits that having a Big Brother has brought to his own life. That might be the highest compliment to Rich, continuing the legacy of this incredible match.

Special thanks to kesten.tv and inspiroarts.com for photo and video production.